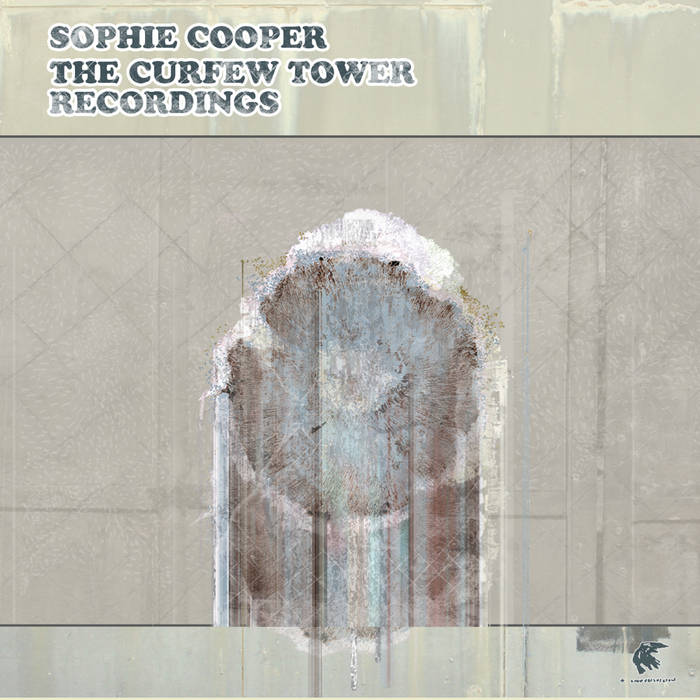 A
Finding My Feet / Who Put This Amp Here? / If Only This Phonebox Could Talk / Imprisoned / Up And Down / If You Put This Tape Against Your Ear You Can Hear The Ocean / What The Fuck Was He Thinking?

B
Tribute To La Monte Young And Marian Zazeela's OCEANS (Recorded On Location At Cushenden Beach, Northern Ireland. Featuring Natalia Beylis, Willie Stewart And Ailbhe Nic Oireachtaigh) / Back To Work / Push The Button / Keep It Running / 25 Paintings / Phonecall From A Friend / A Little Thing / For Ailbhe

Sophie Cooper’s, 'The Curfew Tower Recordings' consists of two collages produced from recordings of various musical pieces, actions and field recordings taken during the artists week-long IMPOSE||LIFT residency, part of The Penthouse’s 18 month curatorial programme (thepenthousenq.com), at Bill Drummond’s, The Curfew Tower, Northern Ireland. The work presented here documents Cooper’s questioning of the potential for dialogue between trombone and voice within the song-writing process. These sketches document an intuitive exploration through improvisation.

Cooper’s tribute to La Monte Young and Marian Zazeela’s Oceans is a wholly apt reference point in relation to The Curfew Tower Recordings, as the influence of Minimalist pioneers, along with the early electronic experiments of Daphne Oram, for example, can be heard through the undulating, shimmering abstractions that blur the lines between Cooper’s layers of effected trombone and vocals.

Interspersed through these explorations are recordings of Cooper’s Dial-a-Bone project - personalised trombone improvisations, performed in response to random callers’ requests… from within a public phone box.

Sophie Cooper is a musician living in Todmorden, West Yorkshire, experimenting with the conventions of song writing through guitar, the trombone and vocals. Cooper, in addition to solo work, is in a member of The Slowest Lift, with Julian Bradley of Vibracathedral Orchestra, and often records and performs improvised works with French pianist Delphine Dora. Her previous records have been made available through the Was Ist Das?, Rural Colours, Wild Silence and Front & Follow labels, amongst numerous others.

All recordings taken during the IMPOSE||LIFT artist residency at The Curfew Tower, Cushendall, Northern Ireland, presented as part of The Penthouse NQ, Manchester's 2017/18 curatorial programme.

Many thanks to Debbie Sharp and Roseanne Robertson for the opportunity.

All music recorded, mixed and mastered by Sophie Cooper.