the ends (also end) of (the) earth and variants 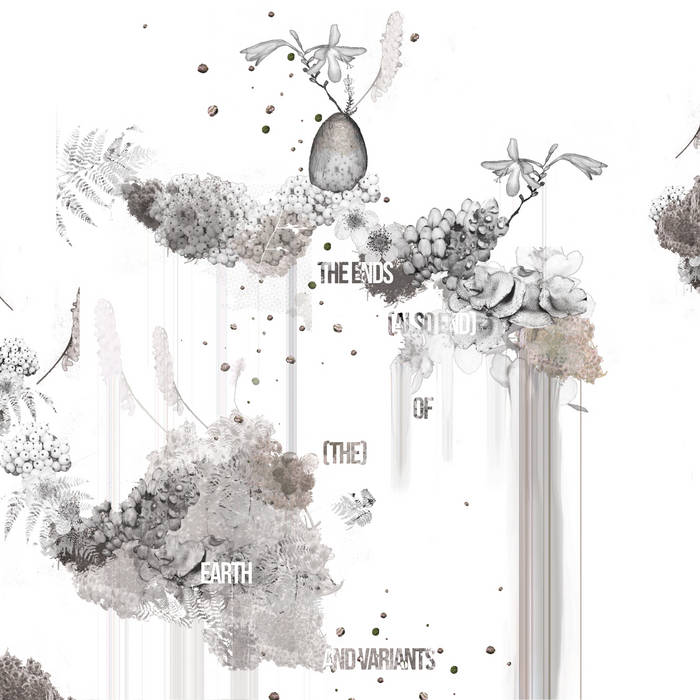 Lars Gotrich Ghosts roam just beneath the earth, and Amy Cutler has found them. In field recordings from “a naturally resonant mossy chasm,” manipulated chants, record crackle and assorted instrumentation, she plays close attention to the phantasmic shape of the land that was to make sense of what is. The results are doomy, witchy and full of shadows. www.vikingschoice.org/archive/teen-improv-brazilian-dub-blown-out-power-pop/ Favorite track: erthe toc of erthe (Layla Legard).

Crow Versus Crow is honoured to present 'the ends (also end) of (the) earth and variants', a new body of work from polymath artist and educator Dr Amy Cutler.

'the ends (also end) of (the) earth and variants', springs from a strange medieval English riddle, the Harley lyric 'Erthe toc of erthe':

The tiny lament or puzzle is impossible to translate, since in its four short lines the word earth appears twelve times. Like ‘ashes to ashes, dust to dust’, these identical words have different meanings – transitioning between soil, world, burial, cultivation, decay, earthly possessions, and our own bodies. The device of repeating earth so many times in such a short space creates an unsolvable lyric which, riddle-like, ‘only makes sense when we are prepared to hold several meanings of the word in our minds simultaneously’.

Cutler’s recordings were made in Luds Church, a naturally resonant mossy chasm in Staffordshire where Lollard ceremonies were held, including their alternative death chants.

Combining guitar, voice, processed electronics, record hiss, and field recordings, these tracks (and the album as a whole) are each titled with phrases from the dictionary definitions of ‘earth’. Some of these meanings are undigestible by each other, whether scientific, metaphorical, or allegorical: e.g., the ground as a surface on which humans and animals move; the inhabitants of the world collectively; ‘earthing’ a conductive electrical circuit or terminal; to ‘go to earth’ meaning to take refuge as in an animal’s lair or burrow.

Combining this mix of opposites – doom and refuge, sin and innocence – and playing on the end of the world-ness of elegy, this camper-van tape release becomes a muted lullaby for earth itself.

Dr. Amy Cutler is a geographer, musician, and filmmaker who is inspired by the history of landscapes as dream visions or “phantasmagoria”. Her self-taught sonic approaches draw on experimental fieldtrips as much as on her instruments, ranging from strings and lullabies to field recordings, voice, and post-processing, as well as de-composed or unspooled found sound.

Her first tape release was 'Örö Tape (Fieldtrips of the Damned)' (Fractal Meat Cuts, 2020), exploring pathetic fallacy, isolation, and sci-fi, based on a month’s winter residency under the military radar on an uninhabited Finnish island. This was followed by 'GUTTER' (Misophonia Records, 2021), a rainy lockdown album based on histories of atmospheric experimentation, recorded in London and Pendle Hill. She has also released albums based on metallurgy, earth, and sea-change ('Forgerons et Alchimistes', 2020), and the sounds of science and specimens ('PILOTS', 2020). Her most recent composition, 'LULL', an interactive ambisonics surround-sound installation for Amoenus, used ultra-sonar sensing to manipulate the perspectives and horizons of nature contemplation and its “recitals” – from howls to lullabies – according to the actions of visitors to the space.

She is currently an Associate Lecturer at Goldsmiths University, where she teaches audio-visual composition and philosophies of the nonhuman. Her writing and research activism – including her work on fossils, elegies, archives, and mourning – underpins all her music releases, which together explore sonic illuminations of nostalgia for the earth, from 1970s geography trips to contemporary extinction grief.

the end (also ends) of (the) earth and variants

Harley MS 913. A lullaby, imperfect at the end, beginning: earth